The fourth Meeting of the priests of BiH

On Wednesday, June 5th, in Kupres, Fourth Meeting of Priests was held, and it gathered around 200 priests from all over Bosnia and Herzegovina, as well as those originating from here.

The meeting was held in accordance with the previous decision of the Bishops' Conference of BiH (BKBiH) that every three years this gathering of all the priests in BiH is being organized by the Council of clergy of BK BiH.

The program began at 10 AM in the Kupres parish church of the Holy Family, with the greeting of the local parish priest rev. Tomo Mlakić, the Director of the Catechetical Office of the BK BiH and the head of the Catechetical Office of the Vrhbosna Archdiocese, who first reminded of the meetings and their themes so far. He said that this year's gathering was organized in Year of missions, which will end in the “Extraordinary Mission Month”, October 2019. 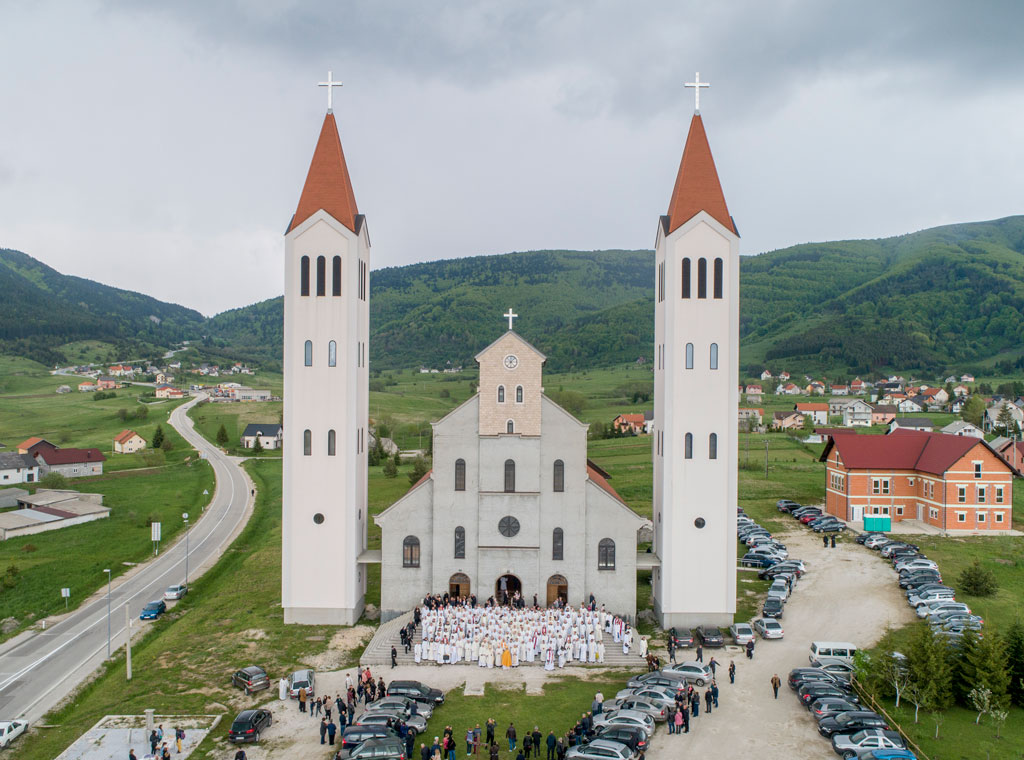 The meeting continued with the prayer of the Third Hour led by Msgr. Ratko Perić, Bishop of Mostar-Duvno and Apostolic Administrator of Trebinje-Mrkan.

Then followed a presentation about missions from rev. Ivan Štironja. Rev. Ivan brought closer to the assembled clergy the Papal Missionary Works, speaking about their beginning and presenting each individual work: the Work for the Spread of Faith; The Work of Holy Childhood; The work of St. Peter the Apostle and the Missionary Community.

He briefly presented the Missionary magazine Radosna vijest to the congregation and called for support for it, as well as the Missionary International Vehicular Association (MIVA) action, and then reviewed some of the criticisms, questions and objections that were raised about the missions. 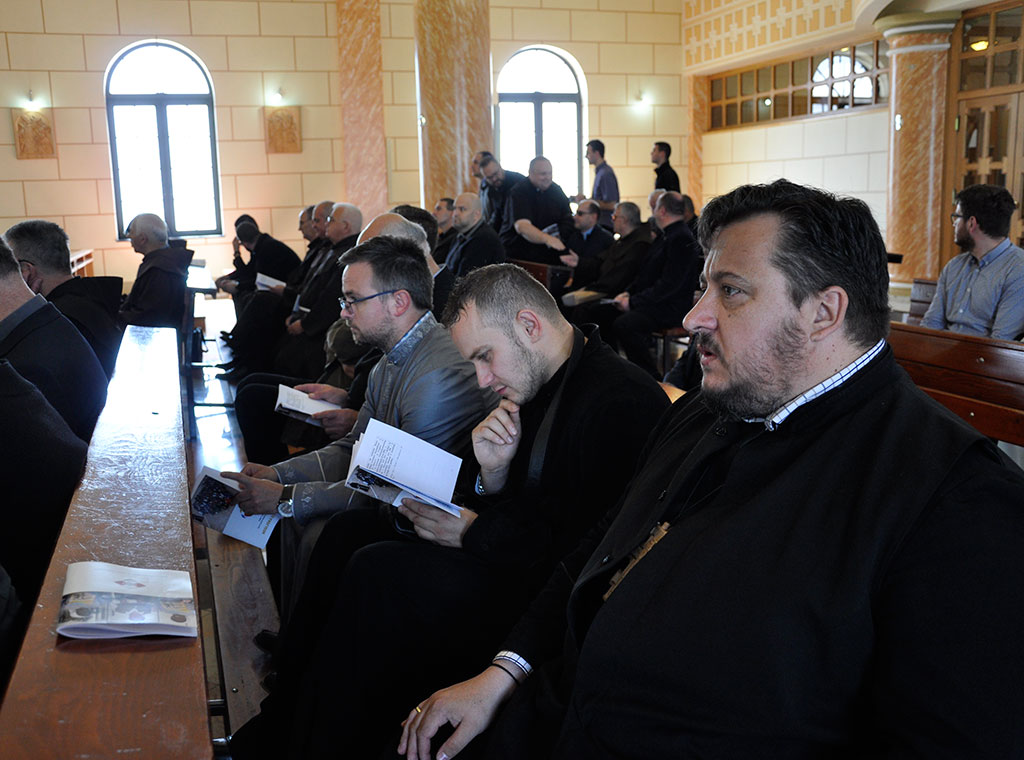 Then, a confession preparation followed by OFM Filip Sučić, a longtime missionary, and among other priests that were there for confessions were the missionaries of Mercy: OFM Slavko Topić, OFM Josip Ikić and OFM Milan Lončar.

Then, exactly at noon, the Archbishop of Vrhbosna cardinal Vinko Puljić, in communion with all the bishops of BK BIH and the apostolic administrator of the Križevci Eparchy, Msgr. Milan Stipić, who was born in Bosnia and Herzegovina, and with the concelebration of the present priests, and the participation of the faithful community of Kupres, led the Eucharistic celebration.

At the beginning, the Cardinal greeted the gathered bishops and priests, and the deacons, the theologians of all three theologies of BiH, as well as the present parishioners. Then he blessed the water and, passing through the full church in Kupres the gathered clergy and believers.

After the proclaimed Gospel, the High Archbishop of Vrhbosna said a commemorative homily.

The Mass celebration, as well as the prayer of the Third Hour, was animated by the harmonious singing of the theologians of Franciscan Theology under the guidance of OFM Emanuel Josić.

Finally, Msgr. Perić read the message of Pope Francis who, through the Apostolic Nuncio in BiH, Msgr. Luigi Pezzuto, on the occasion of this meeting, sent to cardinal Puljić, and that was signed by cardinal Pietro Parolin, Secretary of State of the Holy See. In this message, the Holy Father warmly sends prayers and greeting to all the priests gathered at the Meeting in Kupres. While they pray and think, the Pope encourages the priests of BiH to always believe in the Lord's mercy, and to, in that way, be the officials of the great gift of trust. He entrusted them all to the intercession of the Mary Mother of Church and gave them apostolic blessing.

At the end of the Mass, before which the solemn blessing was shared by all the present bishops, in front of the parish church, a joint photographing of the present Mass priests was organized.

In the Sarajevo Cathedral of the Sacred Heart of Jesus, on May 16th, the Archbishop of Vrhbosna, cardinal Vinko Puljić celebrated a Holy Mass on the occasion of the 75th anniversary of the suffering on the Bleiburg field and the Way of the Cross of the Croatian people.

On the Sunday of the Good Shepherd, May 3rd, in the Sarajevo Cathedral of the Sacred Heart of Jesus, the Eucharist, which could be followed directly through web-portal “nedelja.ba”, was celebrated by the Archbishop of Vrhbosna, cardinal Vinko Puljić.

Blessing of the chapel under the “Linden” on Plehan

On the feast of St. Joseph the Worker on Friday, May 1st, Holy Mass in front of the cemetery chapel under “Linden” in Modran in the parish of St. Mark on Plehan in Bosanska Posavina was led by the Plehan guardian, OFM Anto Tomas.

On the first day of May, the sad anniversary of the fall of the parish of St. Vitus in Vidovice in Bosanska Posavina, to which the village of Jenjić also belongs, and the parish of St. Michael the Archangel in Kopanice.

Celebrated St. Joseph the Worker at the Peace Cemetery in Bile

Holy Mass was traditionally celebrated in the church of St. Joseph the Worker at the Cemetery of Peace in Bili in the parish of Goranci near Mostar, on May 1st with a smaller number of believers who followed the prescribed distance measures due to the pandemic.