Celebration of patron saint of the local church in Kladanj

On Thursday, August 29th, about 50 believers from Živinice, Tuzla and neighbouring parishes went on a pilgrimage to Kladanj to mark the commemoration of the St. John the Baptist’s day, patron of the branch chapel in this place.

The Holy Mass was led by the venerable Bono Tomić parish priest in Živinice and Dean of the Tuzla Deanery, and the preacher was rev. Marko Zubak, director of Catholic School Centre Sv. Franjo in Tuzla.

In his sermon, rev. Zubak spoke of the martyrdom of St. John the Baptist comparing him to the lives of Christians in our days, and he noted that each generation has its martyrs.

Venerable Bono at the end of the mass, spoke of the promises of the municipal authorities and the Mayor of Kladanj that they would financially help rebuild the church, which was built some 40 years ago, on the foundations of an older chapel.

After the Eucharist, a lunch and gathering was organized for the believers in the natural complex Stupari. 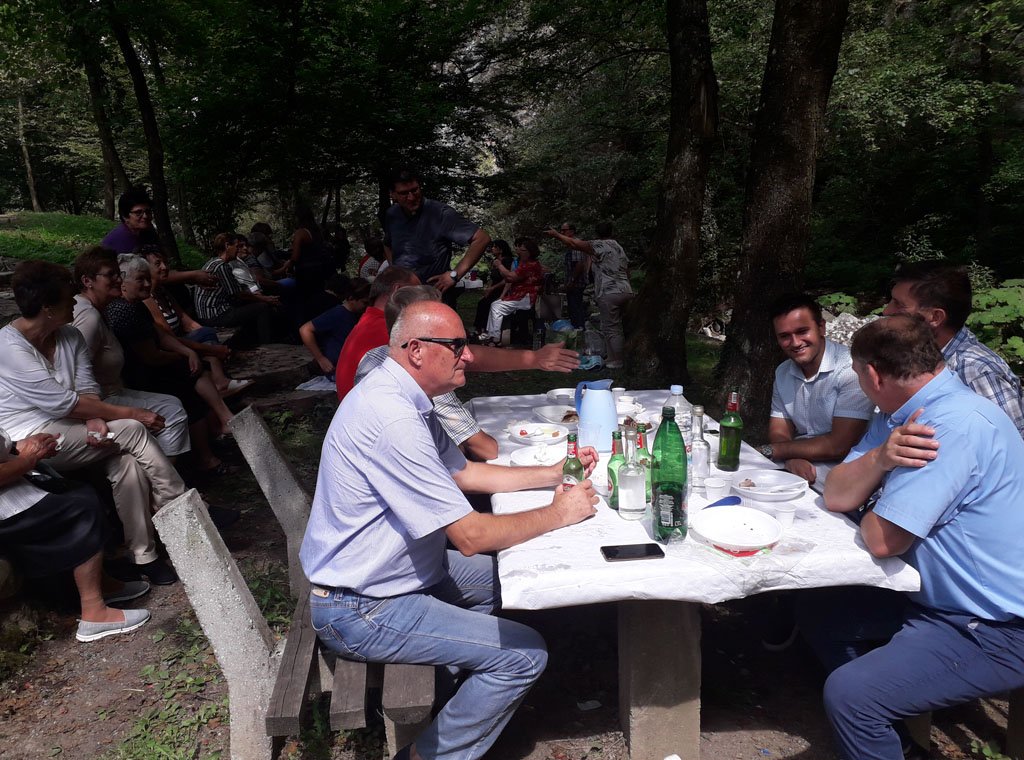 The believers from Živinice, Tuzla and surrounding parishes make a pilgrimage to Kladanj every year on August 29th, home to about ten Catholics in mixed marriages. Holy Mass on the patron of the branch church is the only Eucharist during the year celebrated in this city.

In mid-July, Archbishop of Vrhbosna, Cardinal Vinko Puljić, appointed mr. rev. Dražen Kustura, as Head of the Public Relations Office and Spokesman of the Vrhbosna Archdiocese.

On Saturday, July 11th, in the church of St. Peter and Paul in Mostar, under Holy Mass at 6 pm, ten postulants put on the Franciscan habit and entered the novitiate of the Herzegovina’s Franciscan Province.

Celebration of the feast of the Precious Blood of Christ

Priestly ordination of deacons of the Franciscan Province

Under the chairmanship of the Archbishop of Vrhbosna, cardinal Vinko Puljić, the Commission for the Preparation of the Synod of the Vrhbosna Archdiocese held its 36th session on June 30th, which was attended by all 12 members. The cardinal greeted those present and proposed the agenda and stated that due to the pandemic it was not possible to realize the planned plan.